We are operating in accordance with the Governor's and CDC's recommendations to help you move safely. COVID-19 Update
Skip to content

A bustling epicenter of festivals, music and food, New Orleans was one of our first office locations and, by far, the liveliest. Although New Orleans is known around the world for partying, like during the Mardi Gras season, the movers at the Keep It Moving New Orleans office maintain the highest level of professionalism and moving expertise that customers hope for when they book a moving company.

Our movers are trained with the most up to date moving techniques and equipped with the tools, supplies and equipment needed to provide residential, commercial and long-distance services. New Orleans may be the Big Easy, but it’s not always so easy to get around New Orleans. Our movers in New Orleans know the area and how to navigate the roads and unique architecture New Orleans has.

We have a saying in our New Orleans office that, “the houses in New Orleans were not built for moving”, but that doesn’t stop us because we Keep It Moving no matter what! We move with precision and efficiency so that our customers can achieve their move cost effectively and with the least stress. At Keep It Moving, we know how to handle the most daunting moves and are even highly skilled at moving antiques, pianos and safes.

If you are moving in the New Orleans area, there’s only one choice and that’s Keep It Moving. You can expect southern hospitality with the highest level of service. Don’t trust your belongings in the hands of just anybody. We are a licensed and insured moving company with years of moving experience that we can utilize to create a custom-tailored moving plan that suits the individual needs of our customers.

From local, long-distance and office moving to specialty services like senior moving, estate cleanout services and packing services, Keep It Moving ensures our moving crews are highly trained and vetted before moving your items.

We offer residential and commercial moving services, including:

Hire local professionals to help you keep it moving in the Greater New Orleans / Greater Baton Rouge / Northshore / Mississippi Gulf Coast area! Whether you're moving to a 3-bedroom home down the block or across town, rely on Keep It Moving to help you with your relocation needs without any of the stress! 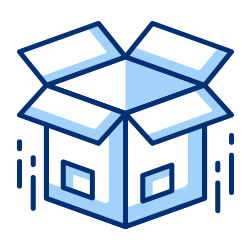 No matter the distance, the Keep It Moving crew can help you relocate you and your belongings across state lines as easily as if it were a local move. Whether you just need an extra set of hands to help you load a truck or you require full-service moving and labor services, we're the team to help you keep it moving around the nation. 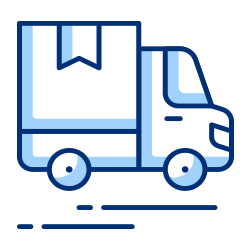 If you need help rearranging your furniture or hauling your belongings into a POD or rental truck, contact the crew at Keep It Moving for an extra set of hands to help you keep it moving. We can take care of the heavy lifting while you let the moving crew know where your belongings need to be placed.

Packing can be an exhausting job. Luckily, at Keep It Moving, that's what we're here for! Our packing & unpacking services are designed to help keep your items safe using the right protective materials to wrap, pad and securely pack them within your moving boxes. 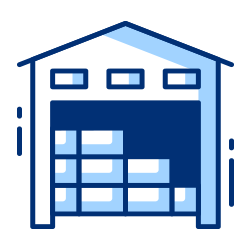 ⭐️️ Upfront and Transparent Pricing
– There are NO SURPRISES and NO HIDDEN FEES with us. You can know what to expect and rest assured that you have hired a fully licensed and insured company that you trust.

⭐️️Exceptional Customer Service and Support
– Top rated in customer service, our customer care representatives and movers go above and beyond to ensure that our clients are well taken care of from the time you BOOK YOUR MOVE to the time our movers leave your new home.

⭐️️ Quality vs. Cheap
– There’s nothing worse than going with the cheapest option and getting poor service. CHOOSE KEEP IT MOVING, where we strive to provide the greatest value for our clients by providing FRIENDLY, EFFICIENT and PROFESSIONAL moving services at an AFFORDABLE rate.

Orleans Parish: Located between the south shore of Lake Pontchartrain and the Mississippi River, Orleans Parish is analogous with New Orleans, a metropolitan city with an eclectic nightlife, upbeat live-music scene and delicious southern cuisine ranging from mild to spicy flavors and, of course, Mardi Gras celebrations, parties and events.

St. Tammany Parish: About 20 miles from exciting New Orleans, St. Tammany Parish can be experienced from the nightlife side of NOLA, or one can pick more leisurely activities like biking, hiking, walking or running on the Tammany Trace Trail which connects five communities from Covington to Slidell.

St. Bernard Parish: This parish is one of Louisiana’s original nineteen parishes that French colonists named “Land of Oxen.” St. Bernard is also a historic battleground for the 1815 Battle of New Orleans fought between the American Army and a British invasion force.

Jefferson Parish: Named in honor of the United States’ third president, Thomas Jefferson, the Jefferson Parish can partake in many activities including a marshland excursion at Jean Lafitte National Park or Grand Isle on the Gulf of Mexico for some of the best fishing in the world.

St. Charles Parish: Comprised of the German coast, terrain that’s part of the Mississippi River above New Orleans, St. Charles Parish was originally part of the twelve “Territory of Orleans” created in 1805. Here, one can enjoy man seafood-related fairs and festivals including the Louisiana Catfish Festival in Des Allemands.

St. James Parish: Alongside St. Bernard Parish, St. James also lays claim to being on of Louisiana’s original nineteen parishes. St. James is known for its “Bonfires on the Levee”, a Louisiana Christmas tradition where bonfires are erected along the Mississippi River to light the way for “Papa Noel”, the Cajun Santa Claus.

St. John Parish: This parish is one of the oldest settlements in the Louisiana Purchase region and is home to the oldest operating sugar cane refinery in the nation. Partake in annual festivities and celebrations such as the Andouille Festival and the Timbermill Museum Festival, both held in October.

Tangipahoa Parish: Thanks to St. Helena, St. Tammany, Livingston and Washington Parishes, Tangipahoa Parish was able to be formed from parts of their territory. When early Italian immigrants settled here, they introduced strawberries, earning Hammond (a city within this parish) the title of “Strawberry Capital of the World.” In combination with this title, there is an annual Strawberry Festival dedicated to the succulent, bright-red fruit.

Washington Parish: Famously named after our nation’s first leader, George Washington, the rural area is home to exciting celebrations like Mardi Gras, The Watermelon Festival, The Spring and Fall Festival in the Park and many others. If you’re a history buff, you’ll definitely want to visit the Musuem of Ancient Indian Culture located in Cassidy Park in Bogalusa.

The Greater New Orleans area has a lot to offer residents, both new and returning. So whether you’re moving from Kenner to Metairie or River Ridge to NOLA, Keep It Moving is the trusted moving company to get you and your belongings there.

Ready to move in the Greater New Orleans Area? Contact Keep It Moving at (504) 350-2777 or fill out our online quote form today. We can’t wait to help you keep it moving!

Get A Free Quote

 5/5
"I had an incredible experience with Keep it Moving. Punctual, respectful, well mannered and very accommodating to what my wife and I needed to get our move taken care of."